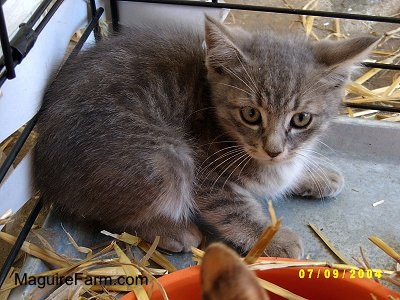 Meet Dumpling - Dumpy for short; this little kitten was found in a dumpster at one of the MPI buildings. Stephen caught it and brought it home. It's a bit on the nasty side. Very scared. We put it in a crate on the porch until it knows this is home. We now have a bit of work to do to make it people friendly. 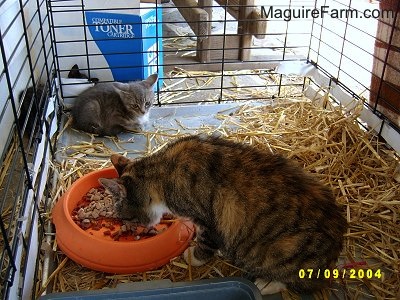 We put Bob in the crate with it so it would not feel so alone. Bob loves crates and kittens. Bob is the first step in nasty cat therapy. :) 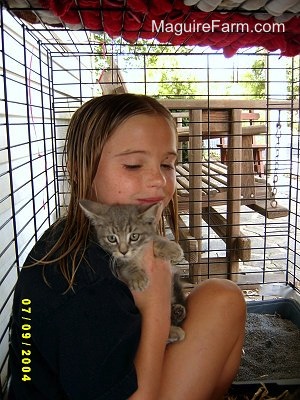 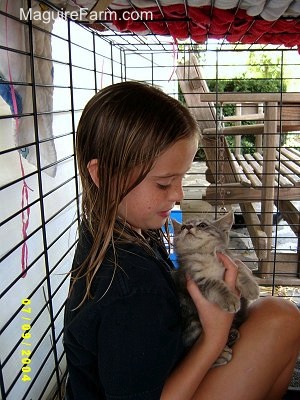 And Amie is the second step 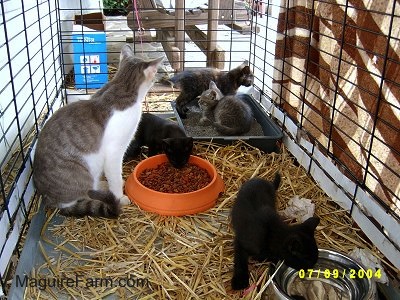 Well, Amie fired Bob for hissing. Yep, booted Bobs little butt right out of there and hired Little Lou and the Kittens. 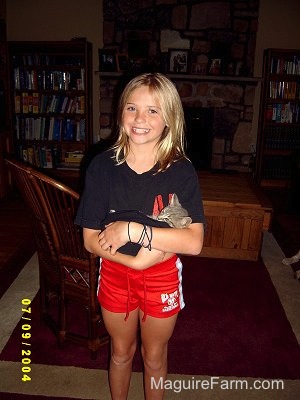 Dumpy was very scared at first, he hissed and put his ears sideways when a dog or human came around. But that did not stop Amie, she picked him up whether he liked it or not. After a while Dumpy decided he liked it. Amie seems to have a way with cats. She is the only one who can hold Whiskers, one of the nasty cats we found under the rubble of the fallen down barn. Once while at her friends barn, Amie bent down and started petting one of the cats. Her friend's mother told Amie the cat she was petting never lets anyone touch it. They were amazed the wild cat walked up to Amie. Dumpling getting loved by Sara, Amie and Jessica 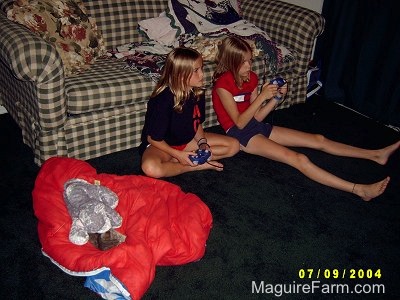 Amie and Jessica play Game Cube, while Dumpling naps. This kitten learned very quickly that being with humans is more comfortable than living in a dumpster. Amie decided to "give Dumpy a mommy", she put her stuffed cat on top of the kitten so he did not feel all alone while she played her game. This little guy has become very attached to Amie. He just lays on her lap relaxing while she eats her ice cream. Never once did he try and get away. In fact, he cries if Amie puts him down. We are really amazed how fast this stray little kitten realized humans were in his best interest. 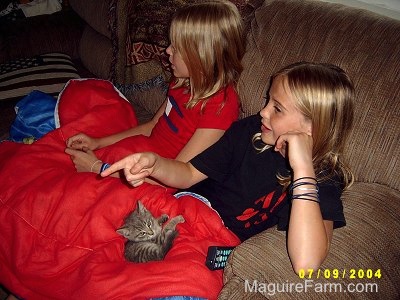 Dumpy happily hung out with Amie all day long.